Did the Microbiome Diet Help Me? 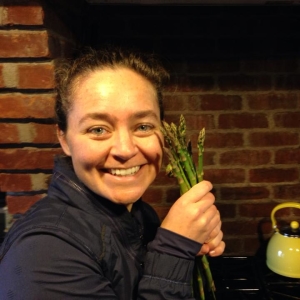 Playing with my food.

My naturopath wanted me to do the microbiome diet for three months.  The book  by Raphael Kellman suggested six weeks.  I was committed for five and half weeks, until Matt and I went on vacation and then I slowly descended into dairy.  Though, I didn’t make my three month goal, the real question is did the microbiome diet help me?

I don’t know the answer.  It’s why research on humans is so hard.  There are so many variables.  As I approached six weeks on the diet, the sun was coming out.  We were reaching the longest day of the year.  Maybe that made all the difference.  My workload is less in summer, maybe that helped.

I always feel better when I eat better, so in a general sense I felt better, but never better enough to give up all that I felt I was restricting.  I didn’t sleep any better.  My gut felt no better.  I lost some weight.  I experienced some bowel trouble I didn’t have prior.  You wanted to know that, right?  My psoriasis did improve, but my gut actually tells me that was due to the sun.  I won’t know for sure until winter.  It hasn’t gone away completely but there is a huge improvement.  Maybe if I stuck to the diet for three full months it would have disappeared.

The biggest improvement  I noticed was that I wasn’t hit has hard by the afternoon slump—that time between 1 and 3pm when you wish you could just go back to bed so instead you seek chocolate, coffee, sugar, any legal pick-me-up.  I’d get tired in the afternoon, but feel like I’d make it through totally fine.  I didn’t the same cravings I normally do.  That was nice.  Craving food is actually kind of exhausting.

What I wonder might have helped more than the elimination of foods was the addition of food.  I don’t normally have a varied diet.  I get in the habit of the same meal repeated week after week.  And I would willingly eat pasta for lunch and dinner every day for the rest of my life.  When I go out to eat I tend to order the same one or two dishes from any restaurant.  The Microbiome Diet forced me to step outside my very limited food box.  Plus you are supposed to incorporate more prebiotics (asparagus, radish, sauerkraut).   And I’d crave more of what I ate.  I’d wake up and want salad greens with my eggs for breakfast.  Maybe all the added nutrients made a difference.

It is very hard to stick to a diet or lifestyle when you don’t see immediate benefit.  When I gave up gluten I felt better within days.  Then there were all sorts of little perks that I noticed over time.   My stomach stopped hurting after I ate.  My elbows stopped getting rashes.  I didn’t get a cold for two years.  And my thighs stopped having hot flashes—a really random, annoying sensation that used to happen in my body.

If the Microbiome made a real difference, it was hard to notice.  That doesn’t mean I don’t think it can work, didn’t work or that I won’t try it again perhaps for longer next time.  It just wasn’t obvious.  And it’s a major inconvenience.  I’m still doing my best to stick with it Monday through Friday, but the variety I was eating has already diminished.  Maybe I’ll just go snack on some sauerkraut now while I’m thinking of it.