Decisions, decisions, but will your remember in six months?

I have a new motto: “Will I remember six months from now?”  I find myself using it a lot.  Our world bombards us with choice.  Options are good. I like variety, but many of the choices don’t matter a lick.  That’s where my 6-month motto comes into play. 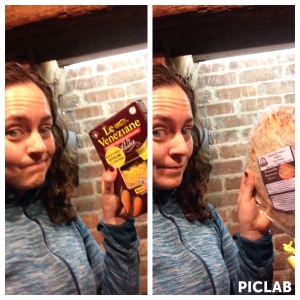 Should I have gluten-free pizza for dinner or g-free pasta? It doesn’t matter a lick.

I was finding myself getting hung up on stupid stuff and wasting time on decisions that just don’t matter, having mild anxiety over meaningless problems. So now, when I feel stuck, I ask myself, “Will I even remember this in six months?”  Almost always the answer is no. And then I just make a choice.  Because I know it doesn’t matter.

It works in other capacities too. I’d forgotten some leftovers that I was really looking forward to at my Grandma’s house.  My mom and Grandma felt bad that I’d forgotten them.  My Grandma partly felt it was her fault for not reminding me.  Life is hard enough.  That mild guilt isn’t worth it.   None of us will remember that I forgot the leftovers in six months.  So who cares?

The six month rule. It works for me as a reminder to chill out.

Now I’m free to use my time more productively, for example, I just looked up the origin of “doesn’t matter a lick.” I know that’s been on your mind since you started reading.  Turns out one of the definitions of lick is “a small amount,” and it’s been used since at least the mid 19th century when a guy didn’t “have a lick of oil.”

Now, stop fretting over insignificant decisions so you have more time for what really matters. If you won’t care about it in six months, you could use your time better doing practically anything.