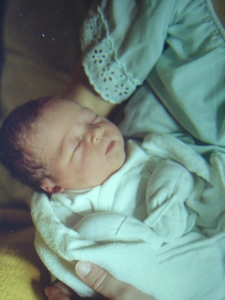 Well it’s done. I’m officially thirty. I’ve spent the past year being so excited about turning thirty that a piece of me feels a little let down. Kind of like when you spend months preparing for Christmas and then it is over in a heartbeat. It helps that I have a lot of exciting events planned for this year. But for the past year I have felt like I was twenty, when you can’t wait to be twenty-one, except there is no obvious perk that comes with thirty. However, I’ve heard many women say their thirties were their favorite decade.

In turning thirty and taking some stock in my life (let’s face it, thirty is still young, but it is one of those numbers that makes you want to reflect) I’ve kind of realized that one of the things I’ve had to come to terms with is my womanhood—the very thing I hope to embrace in my thirties. My life thus far has been an interesting roller coaster ride on my perspective of whether or not being a woman is a good thing—not that I really have a choice in the matter. I wouldn’t want to be a man (well, maybe for one day just to see what it’s like), but I haven’t always felt happy being a woman. 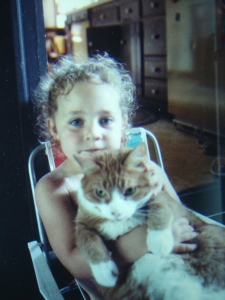 As a very young girl I was a flirt. At five years old I remember chasing older boys around and having mad crushes on nearly every boy who was double my height or slightly resembled the Karate Kid. At seven I revealed all my current crushes—thirty-seven in total—to my sister. I was happy to be in frilly dresses with multi-color bows. I actually had a black dress covered in bright, rainbow-colored ribbons. It was hideous. But being a girly flirt was fun. 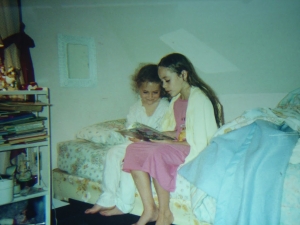 By the time I was in elementary school, I realized when it came to recess, I preferred playing with the boys. I liked racing and competitive sports. I preferred kick ball and capture the flag to playing house or pretending I was a cat. To this day I don’t understand why young girls like to pretend they’re animals. Maybe it was just my town; we had a nuclear power plant nearby so there has always been an excuse for odd behavior. I remember getting teased for a little while from some of the girls because I spent recess with the boys, and I remember at a young age having the thought that boys were better simply because they didn’t tease me. My two closest friends at the time were girls, but only one of them ever tried to make me pretend I was an animal. While I hated playing house, I loved Barbie and paper dolls. Go figure. That probably would have been hard to pull off if I was a boy.

In junior high disaster struck. I got my period. I refused to go to school, cried, and locked myself in my room for three days. I remember lying in my bed that still had Cabbage Patch sheets thinking about how terrible it was to be a girl. Bleeding uncontrollably monthly seemed like the worst possible fate that could befall someone. Every one of my friends was either eagerly anticipating their period or excited when they got it, which really made me feel like the odd woman out. Why some women describe their period as their friend is beyond me. To this day, I feel like inappropriate language describes it best. I still haven’t grown to like anything about my period, that being said, I am grateful every month when it comes. Being a woman would be so much better, or at least mildly easier, if I didn’t have to bleed once a month for seven annoying days.

I like people and don’t necessarily discriminate between men and women when it comes to who I’m friends with. But as I’ve gotten older, I’ve come to really appreciate time with my girlfriends. I have a group of friends from high school and college that get together about four times a year, and I look forward to those days so much. On a superficial level, I now like talking about things like laser hair removal. But there is more to it than that. I think as we age there are different societal pressures that are put on women and men, and I can relate to my female friends more now that I did in my youth. This connection is something I’ve grown to need. 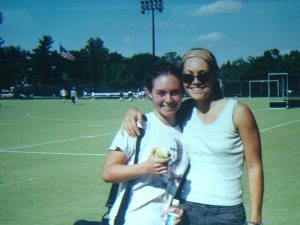 In my twenties, I really didn’t care whether or not I was sexy. I wanted no maintenance, which means my eyebrows have never been plucked, my hair has never been dyed (and rarely gets cut), my finger nails have almost never been painted, and I haven’t bought a new bra (sports bras excluded) in about nine years. I still prefer low maintenance, but something changed in me this year. I feel excited about the idea that I have the potential to be sexy, and that alone makes me more excited about being a woman.

This newfound sexy-urge encouraged me, for my thirtieth birthday, to get fitted for a bra and buy a new one—one whose sole purpose is not to compress my bosom. I went to Fripperies in Mystic where I was pleasantly surprised to discover that if you get a bra that fits, it feels a lot more comfortable. Then I brought it home and put clothes on.

I’d felt sexy in the store, but in my real clothes I felt like a prepubescent teen who is completely uncomfortable with their new development. It makes my boobs look huge. I’m no Pamela Anderson or Dolly Parton, let’s make that quite clear, but this bra lifted my boobs to a new heights that they have never been and I’m not sure they needed to go. They haven’t fallen from this vantage, they have never been so perky, so round, or so large. I felt like they were in the way the entire day, like foreign objects—stuck and not moving with the rest of my body.

And suddenly the woman inside of me who was getting excited to be feeling a little sexy, longed for her comfortable, compressive sports bra (which by the way I actually feel sexy in). It turns out comfort goes a long way in helping to make you feel sexy. And I think that I thought the day I turned thirty I would immediately feel completely comfortable with everything about myself. Why else would so many women love this decade?

So there it was—the basic dilemma I’ve had these past thirty years: half excited about feeling feminine, and half uncomfortable and almost surprised to find out I actually have the very things that make me a woman. (Pssst…I have boobs.) Guess I’m still torn between my tom boyishness and my feminine side. I thought that would all be resolved the day I turned thirty. But there is no magic poof that turns me into someone I’m not. The clock doesn’t strike a certain age and suddenly I’m someone else. Life is a process of being, figuring out, and toying with who I am and who I want to be. I am really happy to be a woman and not just because I’m suddenly thirty. I’m happy because I like who I am and being a woman is part of that, even if it comes with some annoying attributes. And the truth is I already feel sexy.

Just because I’m thirty doesn’t mean I have it all figure out. I’ll still have moments where I turn into myself at twelve where I’m uncomfortable in my own skin. I’m not sure why I suddenly expected that to go away the second I turned thirty. Sometimes it’s good to feel twelve again (like every time a see a new gray hair I’m happy to think that 12-year-old Maggie is still there somewhere).

So what’s the point? What’s the final conclusion? I don’t know. Check in with me when I’m ninety. I think I’ll be pretty much the same, although probably a lot happier to find a bra with a little lift. Till then, I’m just beyond excited to be thirty even if it doesn’t come with a magic button. 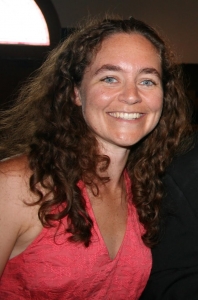