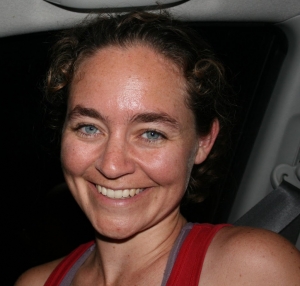 Okay, we have some catching up to do. This year I’m going to be turning thirty on March 27th. I’m really excited in the way I was excited to turn twenty-one when I was twenty. And I’ve set a goal to get in the best shape of my life.

That might make some people laugh if they know me as a pilates instructor. But while I am in good shape, I’ve been in better shape. As a teenage and in college I played sports, and throughout college I ran–usually about six miles a day. I’m not doing that now and I don’t really want to be an avid runner anymore. That is part of what is going to make this challenge so hard, but I think I can do it. I believe in myself (Thank You, Mom).

I’ve spent many hours debating how I will judge if I’ve gotten into the best shape of my life. I know I can’t base it on weight because when I was in college I would fluctuate between 120-125 pounds, and I just don’t think I would be healthy at that weight. I wasn’t too skinny at that time, but I have put on muscle since then, I think, so I suspect it would be a near impossible weight to maintain. I’d love to see myself at 120 again, but I think I’d be too thin. I would like to, however, be able to maintain 130 over the course of this year (which I am NOT currently).

If you know me, you might argue that I don’t need to lose weight. And perhaps I don’t, but the average weight gain for women is 20-pounds over 16 years. The average weight gain for Americans in general is 1-2 pounds per year. I’m in line with that. I’ve put on about 10 pounds over the past decade and while it’s okay now, it’s not going to be okay in another 10 or 20 years. I won’t be living at my optimal health in the future if I don’t nip this in the bud now.

I think that explanation is important because I don’t want anyone to think that I’m making unhealthy decisions about my weight. I’m a woman–so it’s an entirely fair concern, but not a problem for me. I LOVE, LOVE, LOVE to eat. And I’m just lucky that I equally love exercise.

So here is ultimately how I will judge if I’m in the best shape of my life in 2011:

1) Maintain weight at 130 pounds—first I have to get there
2) Compete in four physical challenges (to be announced soon)
3) Feel good about my own body–I know my body pretty well so there is a level to which I just get to judge
4) Maintain a regular workout schedule throughout the year
5) Adjust my eating habits so that I’m eating healthier, but still being realistic about the fact that I love food. This will be the hardest part of the challenge for me—and there will be a lot more blogs about food, I suspect in the upcoming year.