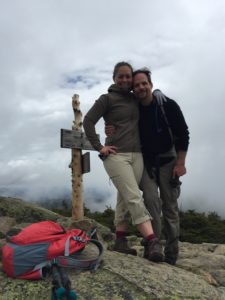 Matt will be very active with me.  He will hike, kayak, and a can be convinced to run once in a very rare while or if he’s worried I’m running somewhere unsafe.  While he likes movement, he loathes exercise.  Pilates would be great for him, but he’ll nearly never do it.  But I figured out his Achilles heel—the secret that will get Matt down on the mat. The trick involves Moby Bring Sally Up.

Last night I was inspired to sing to him, “Why do birds suddenly appear every time you are near? Just like me, they long to be, close to you.”  Those were the only words I remembered, so I sang them on repeat.  His face shifted to this look of angsty compassion.  His cringing brow declared, “I love you, but the sound coming out of your voice is causing intense pain,”  He wouldln’t admit it, but his face, and the bleeding ears, couldn’t hide the reality.  At first I thought he might just not like the Carpenters.  But then I realized it was me.  I stopped singing and asked if he wanted to try this plank challenge I’d heard […]