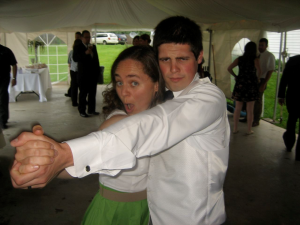 I like my little brother even though he almost got me arrested.

I was flying home from Dallas after visiting my brother who had been in Israel.  He’s brought home some bath salts from the Dead Sea and given me some to bring back to Connecticut.  I don’t check a bag and as I came through security at TSA, my suitcase was pulled off the conveyor belt for inspection.

The TSA worker rifled through my bag while I watched.  There were two of them.  Both friendly.  Making small talk.  When one found the bath salts the two agreed that was what the machine  had red flagged.  He asked what they were and I told him that they had made the trip from Israel.  He said they would need to test them.  I asked what he thought they were.  Apparently, you can use flakes that look similar or have a similar density to make a bomb.  Not knowing me at all, the TSA worker was unaware that I’m terrified of everything that has even the most remote chance of causing […]