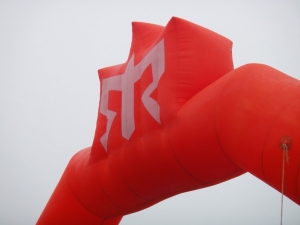 I never wanted to run the Ragnar Relay. Quite frankly when I first heard about it, I thought it sounded like a terrible idea. You run from New Haven to Boston, and when you’re not running you’re trapped in a van transporting runners along the route. This didn’t seem like a way I wanted to spend a weekend.

But then a group of women that I enjoy working out with really wanted to do it, and so did Katy, one of our instructors. I was easily coerced because I was turning thirty and looking for four unique physical challenges throughout the year.

So many people wanted in that we had to form two teams. Team 1 was the official Old Wethersfield Boat Camp team (OWBC), the group I work out with. I agreed to be Captain of team two, which had a total of about six people on board. You need 12 for a full team, unless you are an ultra team and want to run the entire 200 miles with only six people, which none of us wanted to do. We figured we could find six runners, and so we started Team Two.

Our team started out a little rocky. Everyone but Katy and I weren’t free the weekend of the race, so we needed to find ten more people—a surprisingly difficult task—but we did it. We gathered an assortment of people—two friends of mine from high school, and some of their friends, a couple friends of people from the other team and some of their friends, a couple people who worked with my boyfriend.

We were signed up as an official team: The Ragnar Road Runners, but that didn’t mean everything was hunky-dory. About a month before the race a runner dropped out, and we had to find a replacement. He had signed on to run a long section of the race, about 17 in total. It’s not easy to find someone who wants to give up a weekend to run 17 miles, so we had to rearrange the team. One of our runners Wendi agreed to run extra miles so her friend Diane could join. Then because of all the rain and flooding the race organizers had to change the route, so some people who were planning on running 12 miles were going to have to run 14, which may not sound like a lot more, but is when you have to run it. And Wendi, who had already agreed to increase her miles now had to run about twenty. We couldn’t find a second mini-van to transport runners so we had to rent one, adding to the cost for everyone. Two weeks before the race we lost another runner (again one of our long runners) due to an injury. We had to reorganize the team again and find someone else. The last little debacle came when we’d ordered team t-shirts and not everyone had paid for them so that became a bone of contention between a few people on the team.

I have to admit, a week before the race I was feeling frustrated. I didn’t know half the team—I only knew two people from my van, and two in the other. The rest I’d met a handful of times or never at all. Those that I’d med seemed nice, but I was a little nervous that the people I hadn’t met might not show up on race day because they weren’t actually that committed. Our sister team, The Old Wethersfield Boot Campers all knew each other and were committed to each other. To me that was an important tie, and I knew our team didn’t have that. Many of us were meeting for the first time on race day.

With in all the frustration there were good points too. I got up for runs at 5:00am that I would never have gotten up for normally to run with a number of the Old Wethersfield Boot Campers, and I really enjoy running with these women. I used to like running alone, but I now prefer to run with people, so having OWBC makes me feel quite lucky. Sarah, from my van, who I’d played field hockey in high school with and I would meet to run together, and it was wonderful to reconnect with her. 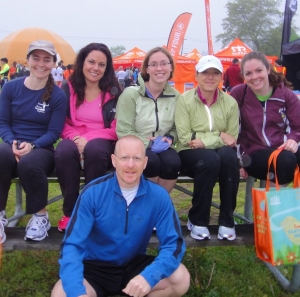 At the same time, one of the reasons I was doing Ragnar was to get in the best shape of my life in my thirtieth year, but I wasn’t running as much as I wanted to prepare, and I wasn’t eating as healthfully as I should have to prepare. In fact on the Monday before the race a friend contacted me to say she wanted to take Matt and me to Ruth’s Chris Steakhouse (known for having the best steak in town, partly because they cook it in tablespoons of butter) followed by dessert at this fabulous Portuguese bakery in town. This sounded great to me. We were free Thursday night, so we booked the plans. A couple of days later I realized this was going to be my pre-race meal: buttery steak, cheesy broccoli and an assortment of desserts. I was pretty sure I was in trouble, but who’s going to pass on being treated to such a delight, and I wanted to see the friend who was taking us. 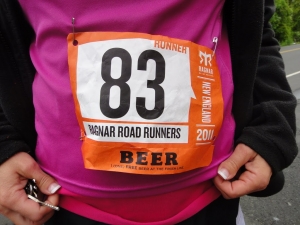 So, how did it go? Did the race get better? Did my steak negatively impact my first run? Check in tomorrow to read about the actual race…